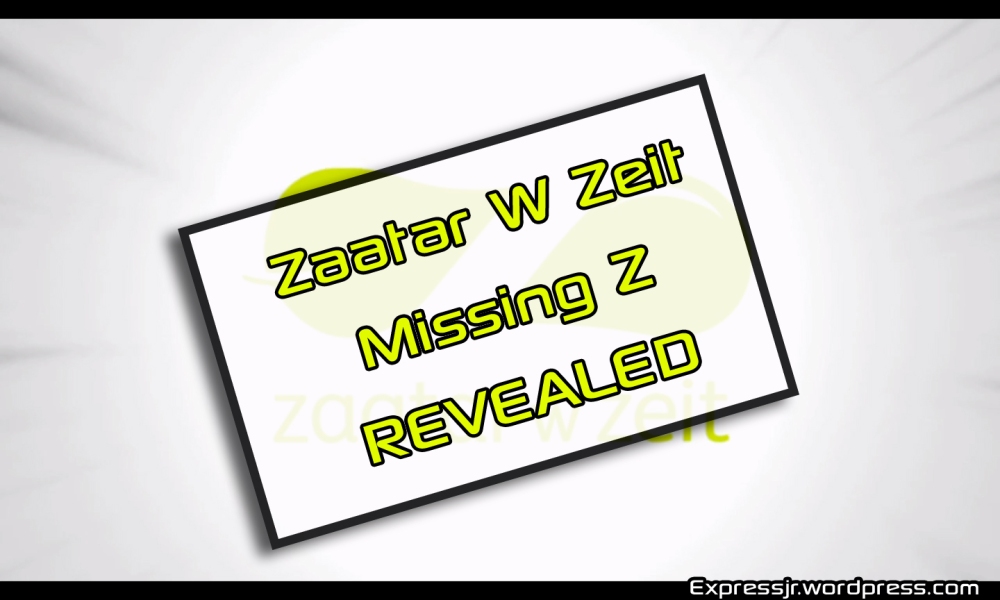 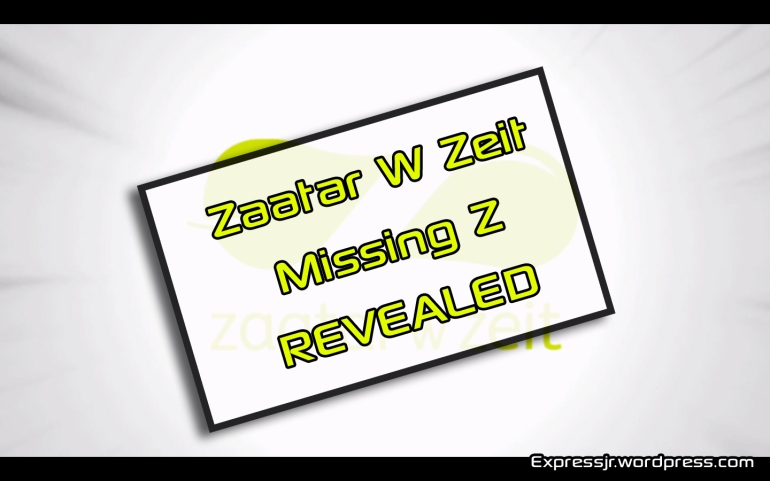 Most of the people living in Lebanon for the past month or actively linked to Zaatar W Zeit on Facebook or Twitter heard about the Missing Z campaign of one of my favorite restaurant: Zaatar W Zeit.

For those who didn’t hear about the campaign here is a brief summary: One day, we learn form ZWZ accounts on FB and Twitter that the Zs of their logos were stolen by a group called Z Liberation Cell. This group also created a Twitter and FB account to keep people posted about what this is all about. For around 3 weeks or a month (I am not sure) they kept us updated by posting pictures of the Z, the “kidnapping” operation and videos showing how they stole the Z (From ZWZ Jal el Dib) and proofs showing that they have the Z. We also saw flyers on the streets of Beirut claiming that the Z is missing. The Z Liberation Cell also collaborated with some Lebanese bloggers to spread the word around the country.

Finally, few hours ago, Zaatar W Zeit revealed what all this campaign was about: It was about creating a new Logo for Zaatar w Zeit and maybe also a completely new design concept for the restaurant but I still don’t know a lot about that because the revelation is still fresh. However, I will update this post as soon as I have more information.

Here is the revelation video:

I really liked this campaign and it was a bit bigger than what I’ve told you because I didn’t really went into the details of the Story/Campaign. Regarding the new logo, I really liked it cause it gives a new/modern reputation to the brand and maybe also a healthier reputation with this light green. However, while discussing the new logo with a relative who works in the design industry, he pointed out that it would be a better fit for a Diet Center than a restaurant and I think he is not completely wrong.

UPDATE: A picture of the new ZWZ logo is supposed to appear here but I am facing some technical problems. It will be visible as soon as possible, sorry for the inconvenience. (September 22nd 2011)

For those of you who didn’t notice the space between the Zaatar leaf and the Zeit drop form a Z which is in fact the famous Missing Z !

Answer this poll and let us know what you think about the Missing Z:

All images are from http://www.google.com