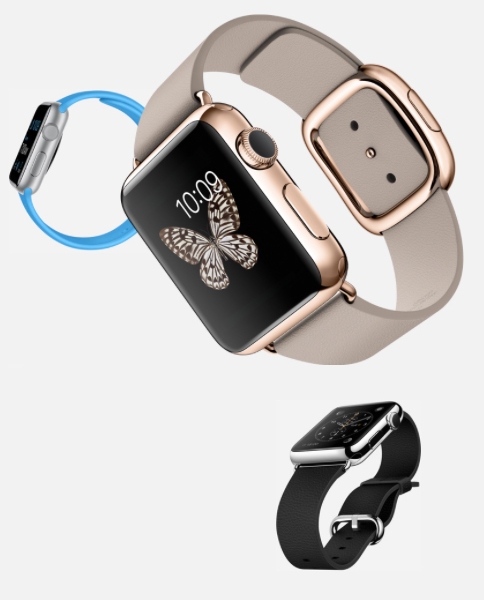 The iPhone 6 and 6 Plus, Apple Watch and Apple Pay – All You Need to Know

Steve Jobs announced the first Mac in 1984 at the Flint Center in Cupertino California. Thirty years later, Tim Cook announced the iPhone 6 and 6 Plus, the Apple Watch and Apple Pay on this same stage!

The iPhones 6 and 6 Plus 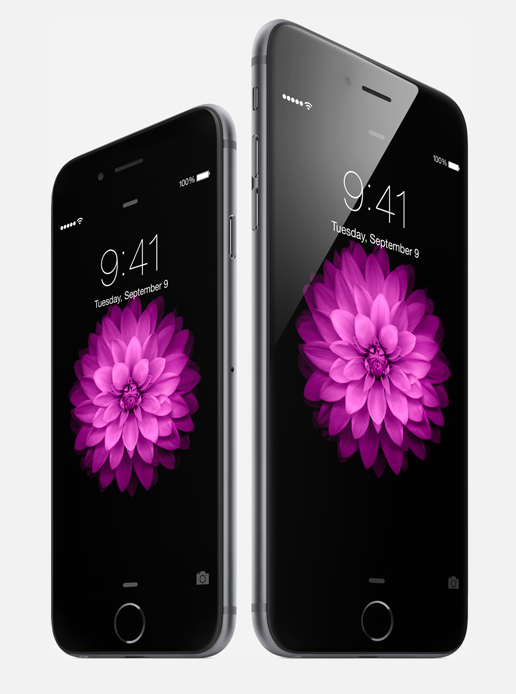 Last year Apple introduced two versions of a new iPhone in one shot (The 5S and 5C). It did the same this year by introducing the iPhone 6 (4.7 inch display) and a bigger iPhone 6 Plus (5.5 inch display). Both of them are bigger than the latest iPhone 5S. Apple used to go by this one-handed use of a phone logic and don’t worry it still goes by it: When you double touch the home button, the display slides down making the upper part accessible.

Along with the larger screens, the phone sides are now curved and the camera lens comes slightly out of the case. It is made of anodised aluminium, stainless steel and glass. The new phones are also thinner than their predecessors: The iPhone 6 is 6.9mm thin and 7.1mm for the 6 Plus. 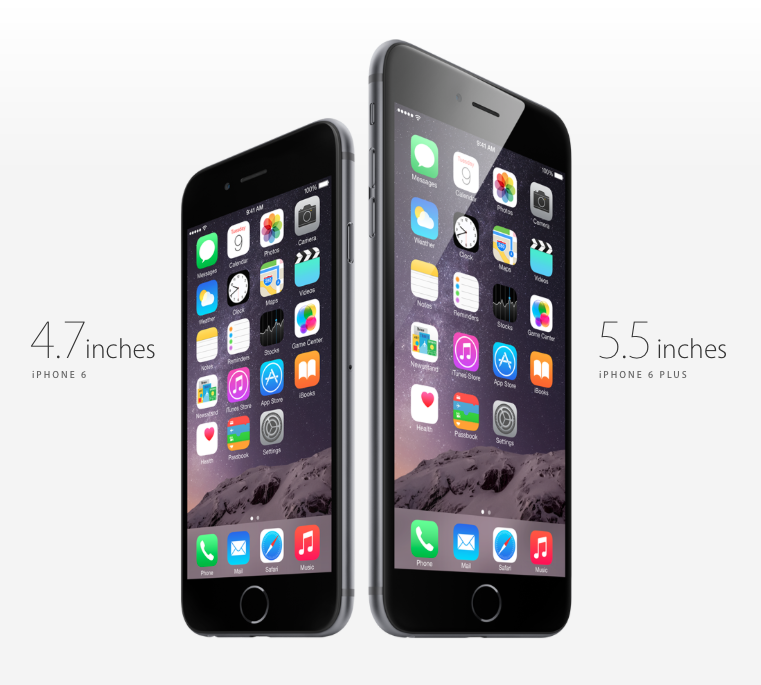 The display is not only bigger, it’s also better. Both new iPhones offer “Retina HD” displays (iPhone 6: 1334×750 and iPhone 6 Plus: 1920×1080). It also has higher contrast and a wider-angle viewing so everyone can see well when you’re showing something. Apple also improved the polariser for a better view when wearing sunglasses. The increased display sizes will allow you to fit more apps on your home screen or show bigger icons if you prefer by selecting “Display Zoom”. Plus, on the iPhone 6 Plus, everything will be available in landscape mode including the home screen.

The 6th iPhone generation will be equipped with A8 chips. Those will offer a user experience with improved graphics and a faster phone processor. This new chip will also make the phones more efficient: It could save up to 50% more battery than the previous A7 one. Now, Apple claims that the battery of the new iPhones will last longer but, for that we should wait and see in my opinion. Let’s hope it’s true! The motion chip which was added for the first time in the previous iPhone has also been improved (M8). It can now detect elevation, distance and acceleration. 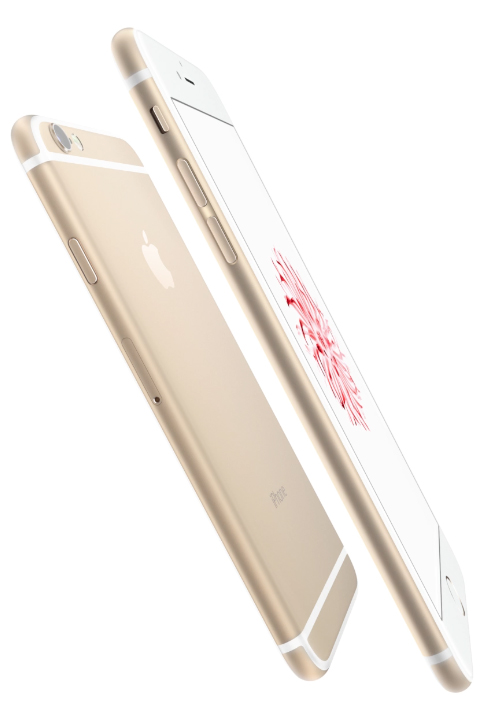 While many think that Megapixels are the only things that matter to make a good camera, in reality the lens is extremely important. You will see that with the 8MP camera of the iPhone you can take much better pictures than with other phones offering more megapixels. The iPhone camera lens does a really great job and it has been even more improved: Faster and better focus, exposure control through simply sliding, automatic image stabilisation and even optical stabilisation for the 6 Plus, more editing options in the Photos app and higher resolution panoramas (up to 43 MP). Videos features are also better now: You can now film time-lapses with iOS8, film 1080p videos at 60 frames per seconds, film at 240 fps for slo-mo and activate auto-focus. Add to this an automatic stabilisation feature. The front camera has also been improved for better selfies and an improved FaceTime experience. It now has exposure control, HDR video filming, burst mode and a timer mode.

The new iPhones have faster WiFi and LTE connections. They also improved the Touch ID sensors which are a security-must for Apple Pay which you can read about in the next sections. It will run with iOS 8 which was introduced in June and will be available starting September 19th in three versions each: 16GB, 64GB and 128GB. For prices, as usual, it depends on countries and whether you’re buying the device with a contract or not. 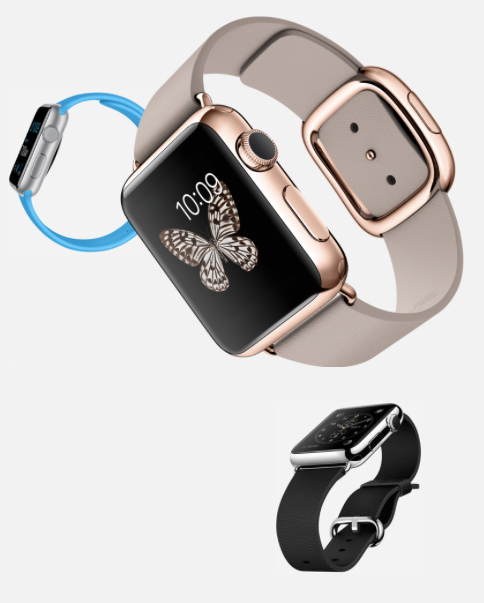 The Apple Watch was the most awaited Apple product this year. Their first watch. It is the most user oriented smartwatch to date!

Apple believes that a watch is a personal item and that’s why they made theirs very customisable. First, you can choose between a 38mm height case and a 42mm one. Then you have a choice of six cases: Stainless steel, silver aluminium, 18-Karat yellow gold, space black stainless steel, space gray aluminium and 18-Karat rose gold. Finally you can choose which band you want: Link bracelet, sport band, leather loop, classic and modern buckles and milanese loop. And it is not only about physical customisation, you can also customise the display to the tiniest detail. 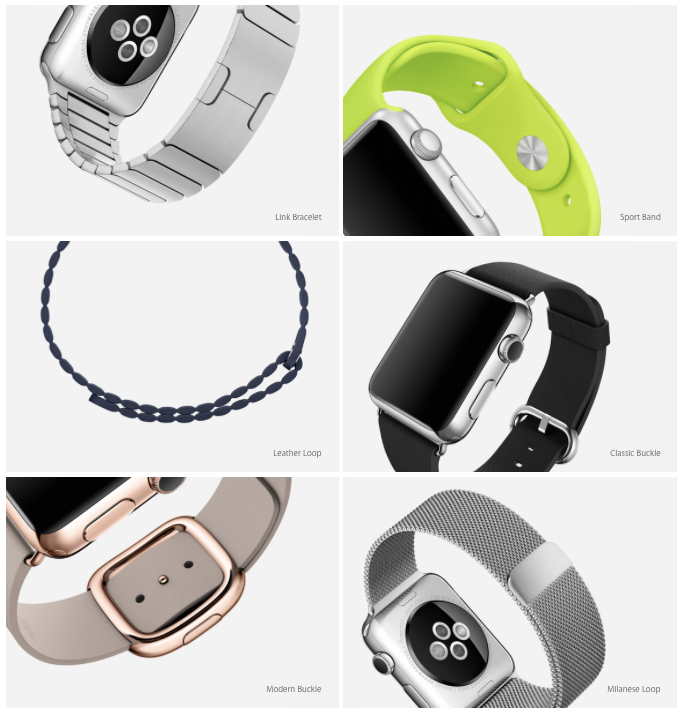 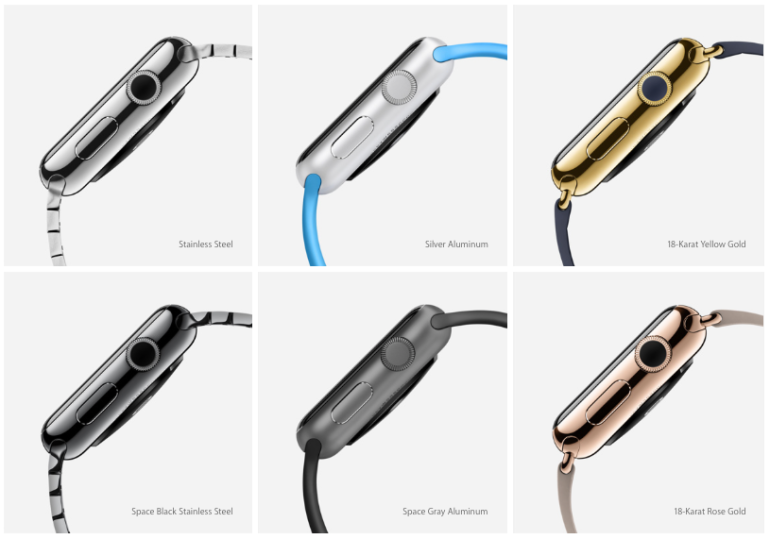 Of course it gives you the time with high precision and will automatically update when you change time zones. It most importantly allows you to deal with calls, messages and notifications. One button on the side will let you access a list of selected friends so you can communicate with them through a call, a text, a sketch or even sharing your heartbeat. You can respond to texts by dictating your reply, sending an emoticon or sharing a sketch. However, when you receive a question with options, the software is intelligent enough to allow you to answer by choosing one of the options in one click. You can also receive and read emails on the watch then flag, mark or trash them. Third party apps will also be able to send you notifications on the Apple Watch. And when we talk about sketching and sharing the heartbeat, you also have to add to that a Walkie-Talkie feature and sending taps that will translate in vibrations.

The watch is also equipped with two main apps: Activity and Workout. The activity app helps move and exercise more and stand less in your daily life. The workout app will assist you during workout as it names indicate. It will show you in real-time the distance, calories, time etc. And you can also set goals, reminders and accomplish achievements. Of course you can track your progress on both your phone and watch.

There is a crown on each and every classical watch which you use to change date and time. Apple kept it and called it the Digital Crown which you use to scroll, navigate and zoom while clearly looking at your screen. The watch is equipped with Force Touch that can recognise light taps and deep presses. It is also Siri enabled just like the other devices. Below the screen, the device has sensors to detect heart rate, GPS and an accelerometer. 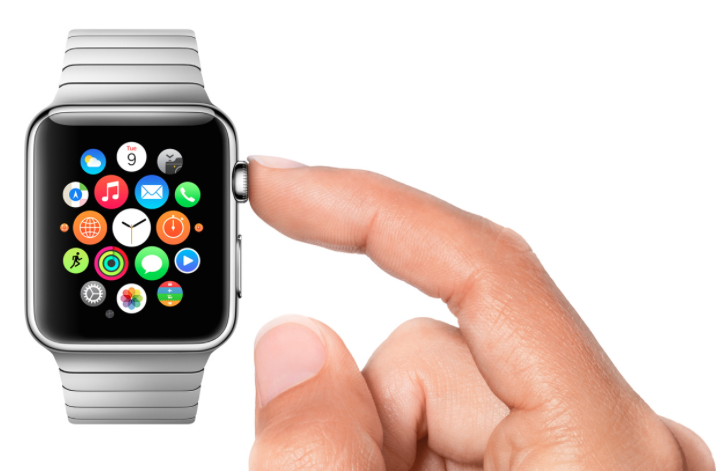 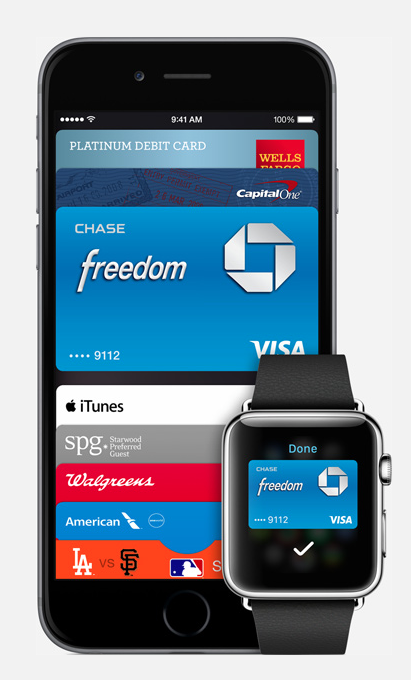 Apple didn’t only launch new products, it also launched a new service that may revolutionise the payment industry. With Apple Pay, you can store your credit card informations and simply tap and pay through any contactless  payment solution. This will work with the Apple Watch and both new iPhones as they are equipped with NFC chips.

In terms of security, it is enabled with Touch ID. Apple will not store the credit card details and it will create a unique ID to replace them. They will also not know where you payed, to whom and what was the amount. And the retailer your paying to will also not receive any of your banking info. If you lose your phone you can also disable Apple Pay through “Find My iPhone”. 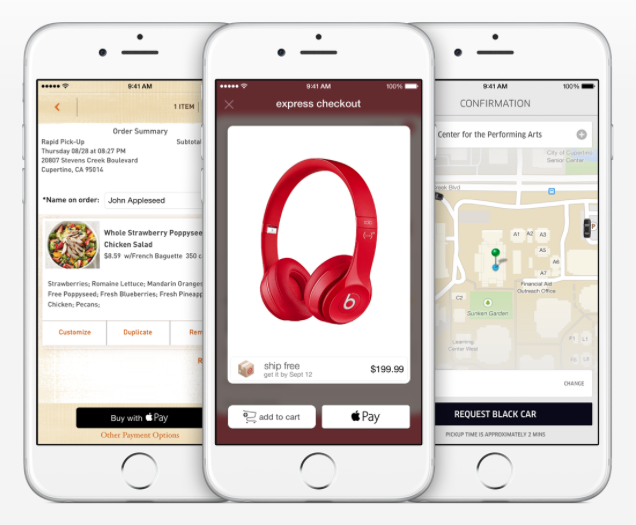 Apple did a great job. The few improvements on their phones are quite user oriented and the bigger devices can still be used with one hand as opposed to competitors. There is no ground breaking improvements but times have changed and we cannot expect to see huge hardware improvements every year. Now it is all about the apps and solutions being built so the most important thing is to provide users with the most advanced yet reliable technology to enable those softwares. One of the problems with iPhones is battery life and even if Apple announced that it has been improved it is hard to judge before trying out the devices. Let’s hope it will not be disappointing.

With the watch they really amazed us. They are not the first in the market but for the first time we are seeing a smartwatch that is customer oriented. And this is what makes Apple better than its competitors for me. The customisation aspect, the design, the technology and the features helped some skeptical people understand how this kind of wearable device can make sense in our every day life. However, the battery life of their announced watch is still a blurry topic and I hope they did well on this aspect too.

Apple Pay is not the first mobile solution at all but Apple has two main advantages in this field. First it already has the banking details of millions of iTunes users. Second and most importantly is the Touch ID feature which enables them to provide security to payers. On this level my hope would be to see a rapid worldwide deployment of the service and keeping a very keen eye on security which could make or break the use of the service.

Finally, it is always important to think the great Apple “Ecosystem”.