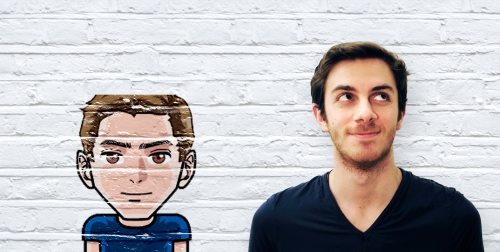 Time Has Come for Some JR Evolution!

Since the start of The JR Express, I’ve always used a cartoon version of me as an avatar. It is now time to put a touch of evolution to the JR avatar!

It’s been four years. I started this blog on the 19th of September 2010. I know I was not as active as I was last year on the blog but I am glad to see that I was able to be super regular on the Facebook page. One post a day except very few days. This […]

LebaneseBlogs.com – A Great Blog Aggregator for Everyone

We all have our morning routine. Those things you like to do before starting your day. Checking LebaneseBlogs.com is one of those things I do! It is a Lebanese blog aggregator so in other words it gathers the posts of all the Lebanese blogs in one place. You will see all those articles in a chronological […]

My latest Middle East Airlines flight from Beirut to London turned out to be much more interesting than expected: The Lebanese airline just released a brand new design for their inflight menu! You may wonder why a new plane menu would make a flight more exciting. Well, MEA is maybe not the best airline in […]

Today marks the end of my third year of blogging! Through experience and thanks to your constant feedback and support I was able to grow much bigger which is what kept me motivated all year long. I’ve posted on average three posts per week lately and always try to be regular. For those of you who […]

After the “selfie” picture of the pope went viral, it is now the turn of the latest LG prank/ad. To promote the impressive HD quality of its Ultra HD TV, LG “pranked” job applicants in Chile attending interviews by replacing a window with the TV. The actual cityscape view was streamed on TV except that […]

New Logo And Design For The JR Express

I am pleased to introduce you to the new logo of The JR Express! Time has come to go for a simpler logo with the rise of the minimalism trend in the world of design. The color palette remains the same, everything got flatten and the Anansi spider symbol disappeared. The Anansi spider is a […]

I had the chance to collaborate with LG for the launch of their smartphone LG Optimus G. They were kind enough to offer me the phone so I can try it, review it here on The JR Express and be part of a panel during an event in Beirut on May 30th 2013. I selected […]

Today, September 19th 2012, The JR Express celebrates its second anniversary ! During this second year, there were n major changes on The JR Express but I should say that the posts quality improved a lot in terms of writing, topics, multimedia etc. I would like to thank my regular readers and supporters who, through […]

. My dear readers, This is my 100th blogpost and for the occasion I’d like to get your opinion on The JR Express and what I should improve 🙂 Please post a comment on this blogpost and express freely your opinion about the blog. If you prefer to do this by e-mail you can send […]