What If You Could Try A Condom In Store Before Buying It? 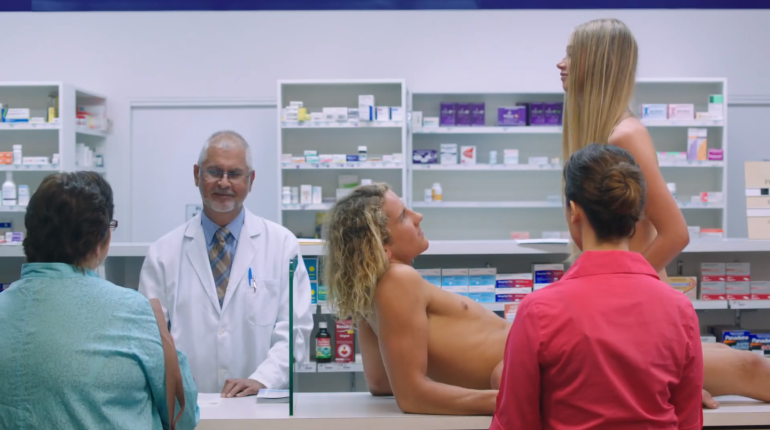 Four Seasons Condoms, recently launched its Get Naked campaign that has reportedly been banned from TV airing by the local (Australian) authorities for being “too sexy”. The TV spot basically shows a young couple purchasing condoms in a pharmacy when the sales team invite them to try the condoms before buying them. After an in-store trial session, they end up buying a pack of Four Seasons Condoms.

The TV ban was not that bad finally, as the video nearly reached two million views in three weeks on YouTube. Needless to mention the costs saved when comparing TV and YouTube. What helped the video to go viral is its rejection for TV airing. Did they knew it was not going to pass but did it just to create buzz and boost their online video or did they really believe it could go on mass media? Not really sure about that.

Marketing wise, even though the spot went viral over the web I don’t think it scores well in terms of branding. It is more about “the condom video that was banned” rather than the “new sexy Four Seasons Condoms” ad. Unless, the brand is really popular in Australia which I guess is their target market and they would thus do a good brand awareness (or recall) job there.